BSc(Hons I), University of Melbourne 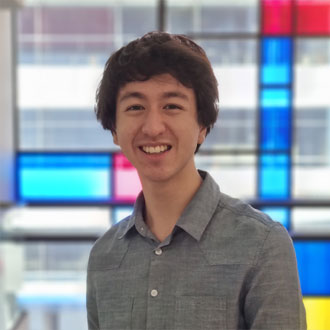 Brendan is a PhD candidate through the Baker Department of Cardiometabolic Health at the University of Melbourne. He completed his Honours in 2020 in the Human Autonomic Neurophysiology laboratory at the Baker Heart and Diabetes Institute and has since continued his work through his PhD. He focuses on non-invasive brain stimulation of the vestibular apparatus and dorsolateral prefrontal cortex (dlPFC) to interrogate the networks associated with the human sympathetic connectome and cortical modulation of muscle sympathetic nerve activity.

Brendan’s primary supervisor is Professor Vaughan Macefield and he is co-supervised by Professor Luke Henderson and Associate Professor Elisabeth Lambert. Brendan uses 3 Tesla magnetic resonance imaging (MRI) to record the functional activity of the brain whilst concurrently delivering weak electrical stimuli to the head. This is in order to determine how the dlPFC interacts with the vestibular system to suppress motion-induced nausea and the vestibulosympathetic reflexes. To this end, he is also trained in the use of microneurography in which real-time recordings of sympathetic nerve activity are obtained in awake human subjects.