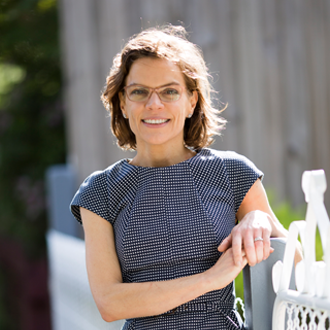 Associate Professor Morag Young is a leading authority on the role of hormones in cardiovascular disease, with a particular focus on mineralocorticoid receptor (MR) pathophysiology. This includes the study of the heart’s circadian clock and how disrupted circadian rhythms, and activation of the MR could damage our hearts. More broadly, she is interested in the intersection between cardiovascular disease and endocrinology, and how cellular mechanisms lead to cardiac fibrosis and inflammation, and ultimately, heart failure.

Morag heads the Cardiovascular Endocrinology laboratory at the Institute. She is also a supervisor at Monash, La Trobe and Deakin Universities, and the University of Melbourne.

She is translating her molecular and preclinical findings into drug discovery programs and biomarker identification in heart failure patients and patients with endocrine forms of hypertension. Her novel data for MR signalling and circadian function is being extended to new models of cardiovascular disease, clinical biomarker studies, drug discovery and translation.

Morag is passionate about helping to champion diversity and gender equity in science. She is the Co-Chair of the Institute’s Gender Equity and Diversity Committee and is co-leading the Institute in its application for a silver award in the Athena SWAN Science in Australia Gender Equity (SAGE) program. In 2020, she became the inaugural recipient of the Alice Baker and Eleanor Shaw Gender Equity Fellowship for senior female researchers. Morag enjoys promoting science and a career in STEM to girls and young women and mentoring early career scientists, so they achieve their potential. She also actively promotes heart health and research news through speaking engagements in rural and regional community groups within country Victoria.